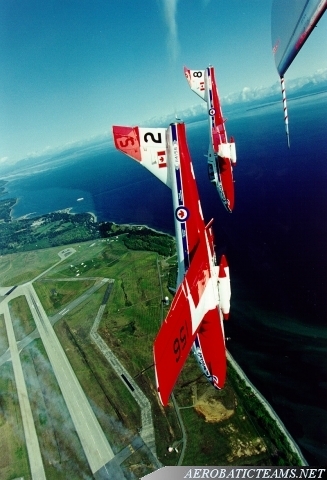 Snowbird #7 Captain Iain Cummings was involved in birds strike incident on May 16, during first demonstration at Squadron's home base at Moose Jaw. The incident occurred at the final stage of the display, when the bird hit the wing of the Snowbird 7's CT114 Tutor aircraft.

The team interrupted the air show for a while until Captain Iain Cummings land his plane safely to the ground. Then the other Snowbirds completed the demonstration. The damage of the wing is minor, and should be fixed by Friday, when the team departures for the first public air show on May 19 at Winnipeg, MB.

On September 12,2010, again #7 aircraft hit a bird during Nova Scotia International Air Show. Then the pilot was Capt Marco Rusconi.