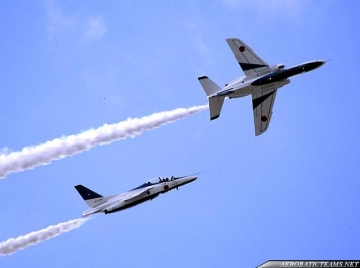 Both planes Kawasaki T-4 landed safely with no pilots injures. Leader's #1 plane had nose damage, while the other involved aircraft #2 lost half of its left horizontal stabilizer.