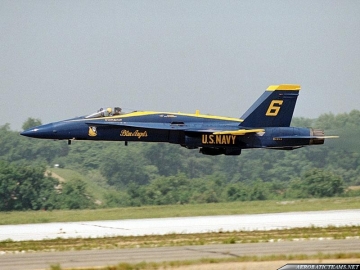 The Blue Angels team returned from Amigo Airshow at El Paco, Texas on Sunday Oct 23 to their home base, when they find that the Pensacola NAS airfield lights were turned off and the control tower closed. Normally the Naval Air Station closes at 9:30 p.m. on Sundays, and due to miscommunication to the airfield staff, which were not expecting the Blue Angels to arrive so late. This forced the pilots to land at the nearest Pensacola Regional airport.

After landing they contacted to Pensacola NAS to open the airfield for them, and shortly after 11 p.m. all team's F-18 Hornets takes off to departure to their home base.