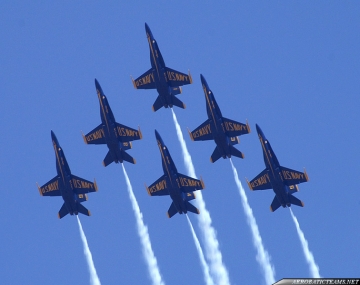 Blue Angels will close the 2010 show season with demonstrations on Nov 12,13 and 14 at NAS Pensacola. In addition to the scheduled shows, there will be a night show beginning at 4:30 p.m. on Thursday November 12 only. Aircraft will light up the sky with full afterburner and pyrotechnics.