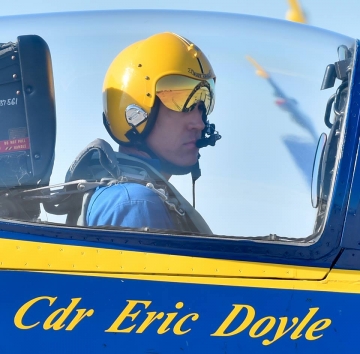 Bernacchi joined the Blue Angels in September 2015. He led the team through two different, three-month long training work-ups, where pilots completed 240 practice flights between 2016-2017. He also led the team in performing more than 110 air shows and flyovers in more than 60 locations throughout the U.S. Bernacchi is awaiting orders to his next duty station.