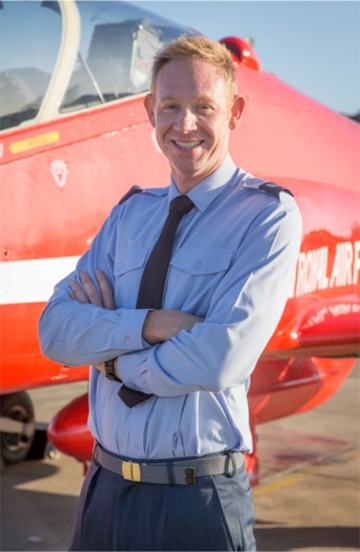 The pilots who flew that aircraft was Flight Lieutenant David Stark, 35, who flies as Red 3. He succeed to eject from the jet and landed safely with a parachute near the crash site.

Born in Geneva, Switzerland, before moving to the UK, Flight Lieutenant Stark was educated at Nottingham High School. He joined the RAF in 2005. This is his first show season with the Red Arrows.

Corporal Bayliss was born in Dartford, Kent and grew up in Hartley. Before joining the Royal Air Force in 2001, he worked at Brands Hatch motor racing circuit.

Prior to becoming a member of the Red Arrows team in January 2016, Corporal Bayliss’ Royal Air Force career involved working on squadrons at RAF Coltishall and RAF Coningsby as well as on overseas deployments.

In 2017 he was a leader of the Red Arrows’ dye team, helping to replenish the jets’ famous smoke systems wherever they landed.

For 2018, he had been selected to be one of the Circus team.

The death of Corporal Bayliss raised the questions about Hawks aircraft ejection seat reliability. The manufacturer of these ejection seats - Martin-Baker, was blamed for the death of Flt Lt Sean Cunningham who died in ejection seat incident on Nov 08, 2011.