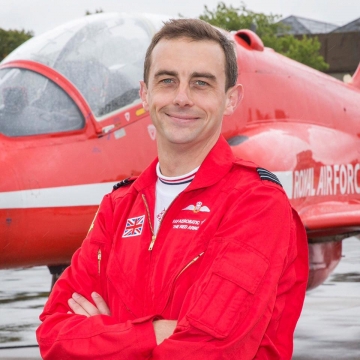 The fatal crash occurred on March 20, 2018, at RAF Valley during a routine training exercise.

The pilot Flight Lt David Stark succeeded to eject, as the Corporal Jonathan Bayliss who flew at the back seat of Hawk aircraft did not and died at the crash.

The inquiry found that the pilot generally worked from 7.30am until 5.30pm and his routine did not include "sufficient time for rest", which was a contributory factor in the crash. However, investigators did note that two weeks before the accident Flt Lt Stark had removed himself from flying having recognised he was fatigued.

The report stated that Flt Lt Stark was distracted by an air traffic control call asking him to confirm the aircraft's landing gear was down shortly before the accident.

The Service Inquiry Panel (SIP) found that distraction may have directly influenced the actions of Flight Lieutenant David Stark during the incident.

The SIP report stated that the jet departed from RAF Valley with the intention of simulating an engine failure, before flying to RAF Scampton in Lincolnshire.

During the maneuver, the aircraft stalled and crashed near the runway as it was flying too low to recover.