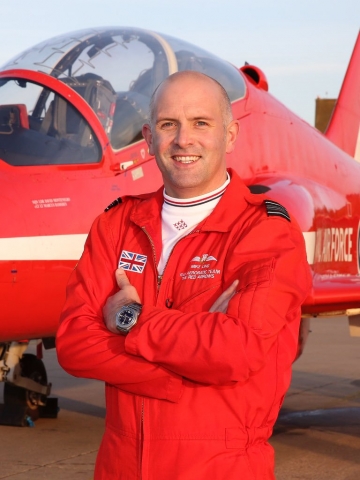 Squadron Leader Mike Ling will fly in the Red 3 position for the Red Arrows 2018 season while his teammate Fl. Lt David Stark recovers from injuries sustained in the crash at RAF Valley last month.

Flight Lt Stark quit the hospital a few weeks ago after he ejected from his Hawk aircraft at RAF Valley. During that crash Corporal Jonathan Bayliss, who flew at the back seat, lost his life.