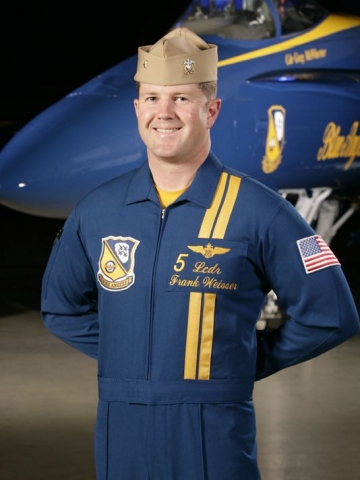 The US NAVY Flight Demonstration Squadron Blue Angels announced new solo pilot for the rest of 2016 and 2017 air show season.

Commander Frank Weisser joined the team to replace the position that left empty when the Marine Captain Jeff Kuss died in a crash practicing for the Great Tennessee Airshow in Smyrna, on 2 of June.

Weisser previously served with the Blue Angels from 2008 to 2010, as a narrator, VIP pilot, opposing solo, and lead solo.

As we announced a month ago, the Blue Angels begin to seek a replace pilot for #6 position after the Capt. Kuss crash.

Until the Cmdr. Weisser is ready for the demonstrations, the Blue Angels will still fly with five aircraft.