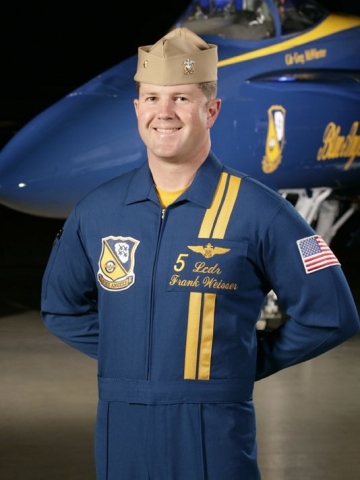 After a month, the squadron annonced Capt. Kuss replecament - Lt. Frank Weisser, who served previously as a Blue Angel  from 2008 to 2010.

After a training period Lt. Wesser is now ready to take place again as a demonstration pilot.