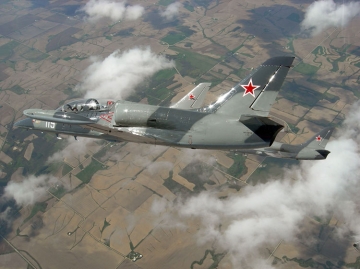 One of the Hoppers aerobatic team L-39 crashed into the ground on September 1st during Quad City Air Show. The pilot Glenn A. Smith, 58, of Frisco, Texas, who fly as Right Wing, was killing at the scene.

The crash occurred when all three L-39’s performed a break maneuver in which one of them goes up, as the rest two goes right and left. Glenn A. Smith veered his plane to much to the right and the plane goes right to the ground. It is not confirm, if the pilot error or aircraft malfunction leads to the crash.