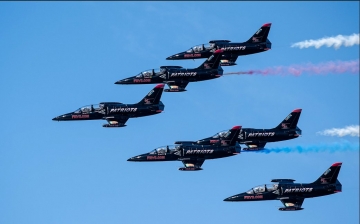 This new pilots completed the Patriots Jet Team and make it one of the high skilled civil demonstration teams in the world as the team's pilots are former Thunderbirds, Blue Angels and Snowbirds pilots.