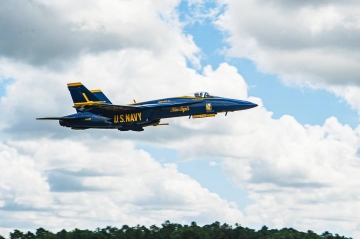 The Blue Angels are slated to transition to Super Hornets later this year after using the F/A-18 Hornet for 34 years.