Snowbirds aircraft will serve until 2030 after upgrade 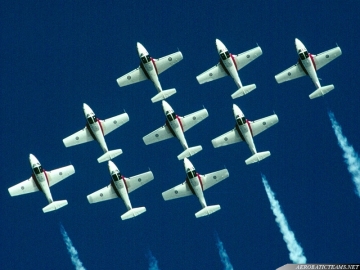 The RCAF Demonstration Squadron Snowbirds CT-114 Tutor aircraft will fly until 2030 after an avionics upgrade. The avionics upgrade is required if the planes are to continue flying in North American airspace.

The Tutors jet training aircraft have been in the Canadian Forces service since 1963 and flown by the Snowbirds since 1970.

CT-114 aircraft fleet were planned to retire in 2010, but then their life was extended to 2020. Now the new upgrade program was announced extending the Tutors flying service until 2030.

These extend programs were forced by the fact, that a new aircraft for the Snowbirds will be too expensive.