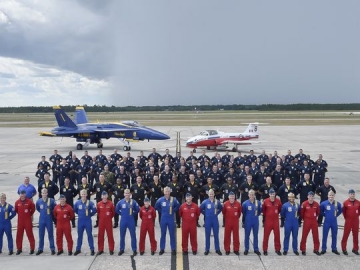 The pilots of both squadrons will fly in the back seat of the other team’s aircraft during that training flight.

The Blue Angels and the Snowbirds will reunite August 11-12, 2018 at Abbotsford International Air Show in Abbotsford, Canada.