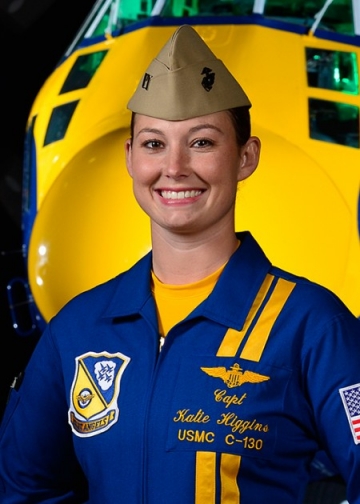 Higgins, 29, is a third-generation military aviator. She claims Severna Park, Md., as her hometown but she grew up on naval bases from Lemoore to Yokosuka, Japan. Her father, retired Capt. William Johnson, flew A-7 and F/A-18 Hornet aircraft during his service at US NAVY.