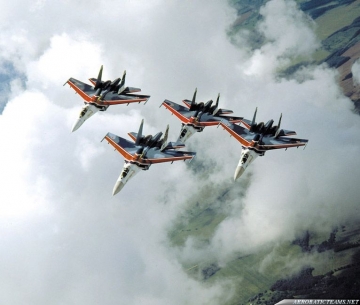 Russian Knight aerobatic team scheduled participation at Air14 Air Show in Payerne Air Base in Switzerland later this month, but the Suisse Ministry of Defense withdraws the invitation due to Ukrainian crisis and Russian role in it.

In other words, Suisse authorities decided to join the West, which accuses Russia of arming pro-Russian separatists in eastern Ukraine.