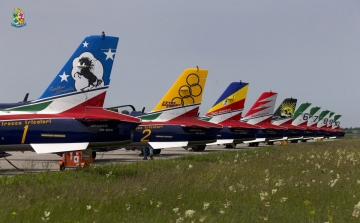 The first debut of the newly painted aircraft was on May 29 with a flypass over Venice.

The Italian Air Force prepared an airshow in September at Rivolto Air Base to celebrate Frecce Tricolori’s 60th anniversary, but the event still not confirmed officially.