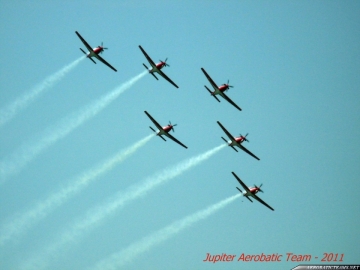 The airplanes also are equipped with white smoke generators.

Last year two Jupiter Aerobatic Team (JAT) pilots have been sent to Australia to observe and practice flying maneuvers together with Roulettes at their home base in East Sale and later in November all six pilots of the Indonesian Air Force display team flying in Roulettes cockpits at Halim Air Force Base, Jakarta during practice flight. (Via Alex Sidharta)