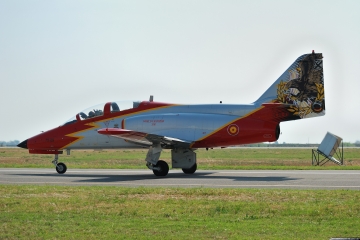 The crash occurred during a training flight over La Manga sea, near the Patrulla Aguila home base, San Javier.

The aircraft did not succeed to exit the maneuver on time and smashed onto the sea.