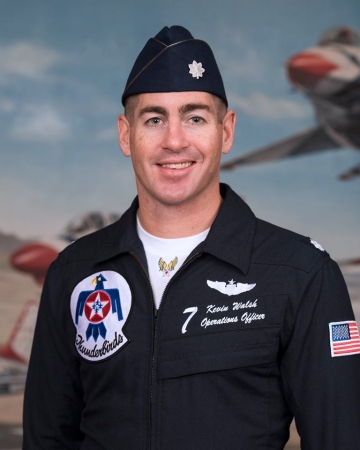 The commander of Air Combat Command, Gen. Mike Holmes, has officially selected the officer who will lead the United States Air Force Thunderbirds for the 2018 demonstration season.

Walsh is a graduate of the USAF Weapons School and has logged over 2,600 hours of flight time with more than 500 hours of combat pilot experience.

This is the strange situation after Lt. Col. Jason Heard was relieved from duty after the end of 2017 air show season - the position of new a leader to be given to a current Thunderbirds pilot and especially not demonstration pilot.

We wish a good luck to Lt. Col. Kevin Walsh to his new position as Thunderbirds leader!