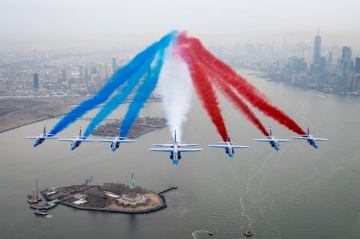 The team flew over the symbol of France and USA friendship – Statue of Liberty which was a gift from the people of France to the people of the United States dedicated on October 28, 1886.

The team arrived a few days ago at North America to perform flyovers and displays at various locations in USA and Canada.