Patrouille Suisse future is secure to 2025 despite the crash 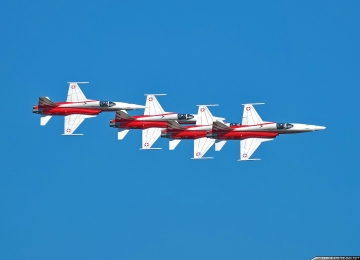 "As long as the Tiger flies, there is also the Patrouille Suisse", said Swiss Air Force Commander Aldo C. Schellenberg after the crash at Leeuwarden in Netherlands.

The crash occurred when two of the Patrouille Suisse F-5E Tigers collided in mid-air at Leeuwarden, Netherlands, as one of them crashed to the ground.

The Swiss Air Force scheduled to retire its F-5E Tiger fleet in 2016. However, after the new aircraft (Gripen) purchase was cut by referendum in May 2014, the decision to extend F-5E life until 2025 was made.

The crash is under investigation from Netherlands and Suisse authorities.