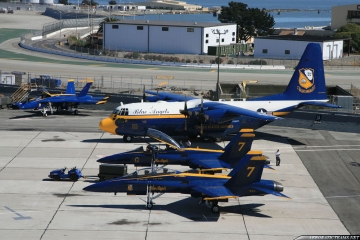 Just moments ago, the official US NAVY statement announced the cancellation of all remaining Blue Angels demonstrations and practices for the 2013 season. The reason is US Government sequestrations.

Another sad news for all US airshow fans, as earlier, USAF Thunderbirds cancelled their 2013 show season.

I will remind you that even in Vietnam War both teams not interrupted their displays.

Blue Angels interrupted their seasons twice: from July 1950 until October 1951 due to Korean War and from 26 July 1973 until 1974 after few incidents.