J.J. Abrams and Imax have partnered on Blue Angels documentary 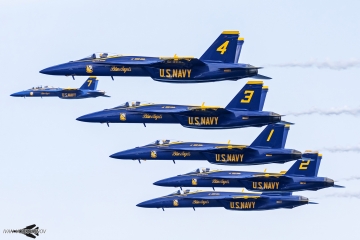 J.J. Abrams’ Bad Robot Productions and Imax have partnered on feature documentary about The Blue Angels.

The documentary film using Imax cameras will follow the Blue Angels Squadron through their training and air show season.

The film will be directed and edited by Paul Crowder as the release is scheduled in late 2023.

“This film marks a new beginning for Imax’s pioneering filmmaking, as the first in a next generation of Imax documentaries combining the best in image capture technology and contemporary narrative storytelling,” John Turner, head of documentaries for Imax, said in a statement.

The producer credits are shared by Glen Zipper, Mark Monroe, Sean Stuart, Rob Stone and Greg Wooldridge. Wooldridge was a former Blue Angels leader who led the squadron during their one and only visit to Russia during team’s European tour in 1992.