Snowbirds fatal crash may have been caused by bird strike 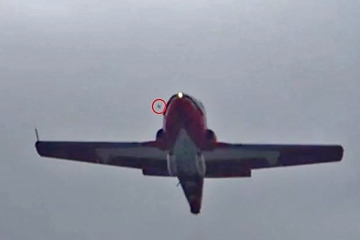 The Royal Canadian Air Force says it’s focusing on a bird strike as the reason of Snowbird’s CT-114 Tutor aircraft that crashed in Kamloops on May 17.

A preliminary investigation report posted today says a close look at video footage of the plane just before the crash showed a bird very close to the plane’s right engine intake “during the critical phase of take-off.”

The bird strike during take off is a very dangerous situation and may cause engine to stall, when the aircraft is still in low speed and the full engine power is needed.

The Snowbirds were on a cross-country tour named Operation Inspiration aims to support the citizens and healthcare workers in times of pandemic.

The Air Force’s report says the investigation will continue to probe the possibility of a bird strike and the CT-114 Tutor aircraft escape devices worked properly.