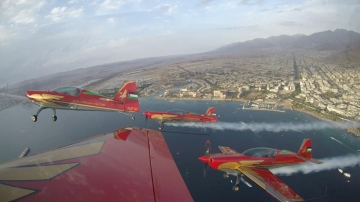 The new aircraft received also a new color scheme, which is slightly similar to the previous.