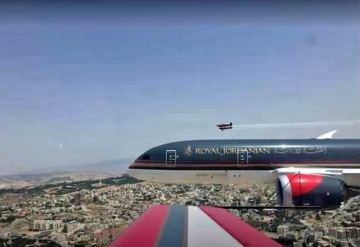 Royal Jordanian Falcons flew in formation with Boeing 787 Dreamliner over Amman during celebrations marking the centennial of the Great Arab Revolt.

The event was held on June 3 at the King Hussein Park in Amman.