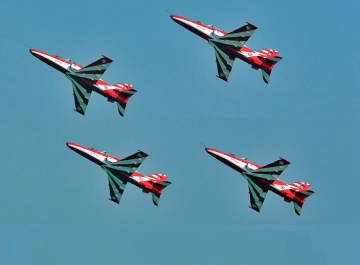 In 2010, the team was temporarily disbanded for internal Indian Air Force reorganization reasons. Then all of the Surya Kirans’ HJT-16 Kiran Mk.II aircraft were re-allocated for pilot training purposes and all 13 team's pilots were dispersed to other IAF squadrons.

Despite flying with six aircraft, the team is not fully operational as aerobatic team, while previously the Syrua Kiran flew nine aircraft, used color smoke generators and performed formation rolls and loops.