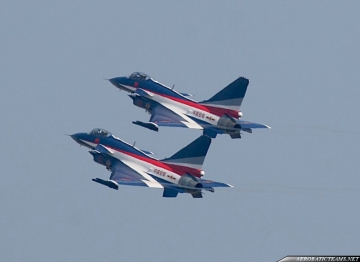 Capt. Yu Xu known as the “Golden Peacock”, 30, eject successfully but was hit and killed by the wing of the other involved in the incident aircraft. She was at the back seat during the training flight. The other pilot from her aircraft survived with minor injuries, after ejection. Other involved in crash J-10 fighter aircraft landed safely.

She debuted with the August 1st aerobatic team during Zhuhai Airshow in 2014.

This is the third J-10 crash in this year.