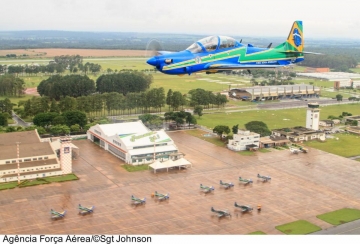 Today the team lost two pilots during a fatal crash. The incident occurred at 9:30am during training flight when the A-29 Super Tucano aircraft went down.