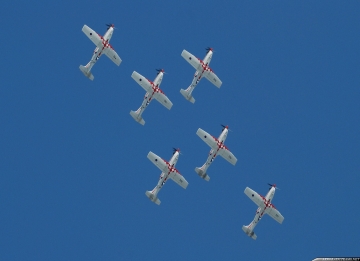 The Croatian Air Force display team "Wings of Storm" will continue flying, announced The Chief of Defense. Five new display pilots are in training process and should be ready for demonstrations in the beginning of June. They replaced all six former pilots who went to Qatar to become flying instructors and most likely to form an aerobatic team of Qatar.

The full six aircraft formation shape, the "Wings of Storm" aerobatic team will complete in September when the sixth pilot will join the team.

Only a few air show displays are planned, but only in Croatia.