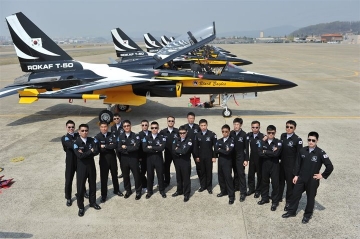 On ceremony at Wonju Air Base on April 1st, the Black Eagles has been promoted to the 53rd Air Demonstration Group from the 239th Aerobatic Flight Squadron.

The flight and maintenance squadrons are officially placed under the same group, so Black Eagles is expected to run in a more stable and efficient way.