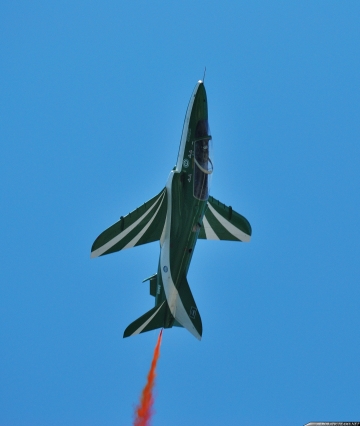 One of the Saudi Hawks aircraft crashed yesterday December 20, during a routine training flight near team's home base King Faisal Air Base in Tabuk. The cause of the crash is a bird strike, which led to engine failure. The pilot Flight-Lieutenant Musa ibn Yahya Faifi, who fly as “Saudi 4” slot position ejected safely and was taken to the Armed Forces Hospital in Tabuk. Flight-Lieutenant Faifi, who joined the team in 2010, expected to leave the hospital today.