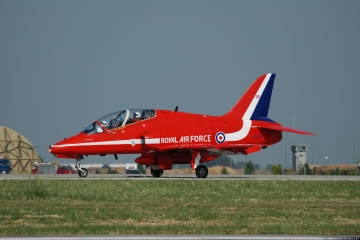 Moose Jaw is also the home base of the Showbirds Demonstration Squadron.

The Canadian and RAF Hawks are fitted with Martin Baker Mk.10 ejection seat, so the 15 Wing Command decided to suspend all flying operations with Hawks until the investigation proofs that CT-155 Hawk planes are safety to fly. Flt. Lt. Sean Cunningham was killed on 8 November, when his ejection seat activated while he is still on the ground at Scamton Air Base.