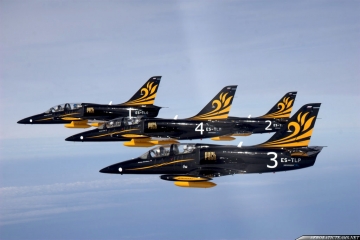 Russian display team “Russ” will became a civil aerobatic team in 2012 with a new paint scheme. Vyazma Aviation Training Center, where the team is based, converts its planes to civil ones, which allows more flexibility to fly outside Russia.

This means that soon can expect to see the Russ display team in Europe and Asia.