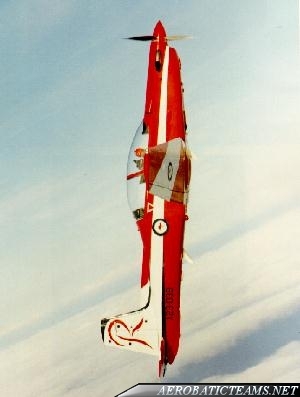 The two pilots, a flying instructor and the trainee in the aircraft managed to eject moments before the plane impact to the ground a kilometer before the runway. The accident occurred at 3:15pm during routine training flight and the both pilots escaped with minor injuries and transferred to the hospital.

All Royal Australian Air Force PC-9A training planes have been grounded, while the cause of the incident is fully investigated. This is the next incident in a series involving PC-9 aircraft during last mounts.

UPDATE: According to the latest news the crashed plane had been flown in regular training flight by non Roulettes pilots. The Roulettes' PC-9s planes are used not only for aerobatic flying from the team's pilots, but also for regular training flights from Central Flying School instructors for trainee purposes, as was in that case.