Will the White-Red Sparks team be disbanded 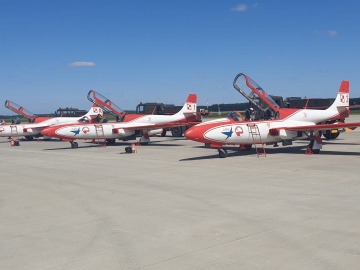 Today there was a farewell flight ceremony of TS-11 Spark (TS-11 Iskry in Polish) aircraft in the Polish Air Force. The ceremony took place in 41st Training Aviation Base in Dęblin.

As the White-Red Sparks aerobatic team (Biało-Czerwone Iskry) fly TS-11 and carry the nickname of this aircraft, they should probably be  disbanded under the present name.

The option is the team to continue with a new name and a new jet trainer aircraft - M346 which replaces the TS-11 in pilots' training. The Polish Air Force already received Alenia Aermacchi (nowadays Leonardo) M346 Master aircraft and so the team could fly with these aircraft under new name and livery.