30 years since the Ramstein crash 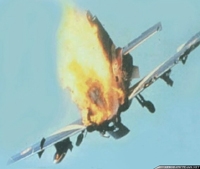 Today turned 30 years since one of the deadliest crashes during an air show. On 28 August 1988 during Flugtag '88 Air Show at Ramstein Air Base, West Germany, the Frecce Tricolori aerobatic team suffered a mid-air collision between three aircraft, one of which crashed over the public killing more than 70 people and injured hundreds.

The wrong execution of "Shape of a Heart" maneuver from the solo pilot Lt. Col. Ivo Nutarelli, causes the collision with other two aircraft from the team. Then his aircraft crashed onto public.