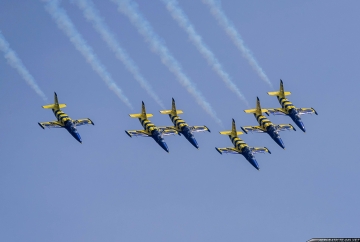 The Baltic Bees Jet Team seeking a new display pilot who will join the team in 2018 to complete a seven ship formation flying.