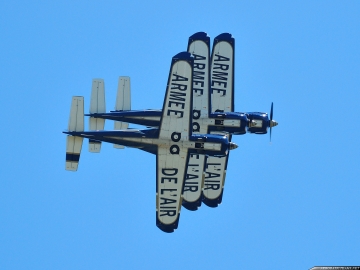 The French Air Force display team Cartouche Dore disbanded due to financial cuts in military budget. The order for retirement of the team signed today at BA 709 Air Base in Cognac.

Cartouche Dore first flight was on June 2, 1989 in the occasion of 100000 flying hours of TB 30 Epsilon – team’s aircraft. For this special occasion, three pilots from the Cognac base formed an aerobatic team with three Epsilon aircraft for the celebration.

The last public displays of the team were at Sainte-Maxime, France on 8,9 October 2016.